4 Reasons Why Cryptocurrency Is The Future Of Finance 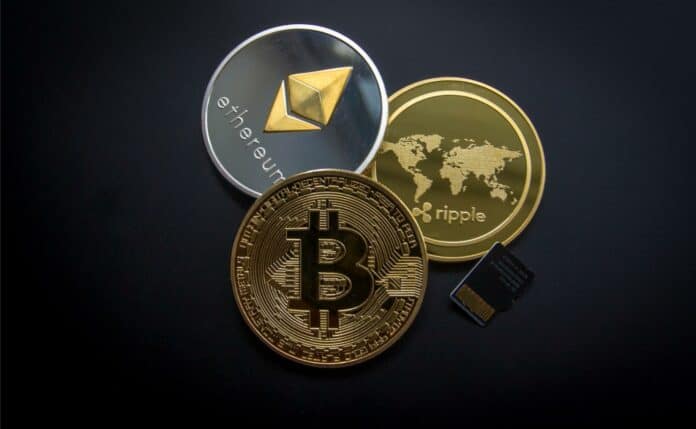 Wondering why cryptocurrency is the future of finance?

If yes, then you have come to the right place!

It is generally believed that the ecosystem surrounding cryptocurrency is one that is expanding and is slowly gaining ground in the traditional financial systems used around the world.

Furthermore, both the public and private sectors are beginning to become more receptive to the concept of incorporating cryptocurrencies into their financial transactions, such as making payments, storing value, and acting as investments.

The origins of cryptocurrency can be traced back several decades, to the time when cryptography first began using digital technologies.

It is this technology that has contributed to the growth and development of many encryption methods that are used to make the bitcoin network secure and reliable for handling different types of transactions.

Take a look at these four arguments to see why cryptocurrencies, which now number over 5,000 and are still expanding in numbers, are the financial system of the future.

Table Of Contents Hide
Why Cryptocurrency Is The Future Of Finance?
1. The Demand For Decentralized Financial System Has Increased.
2. Different Values Of Cryptocurrencies.
3. More Actors Are Becoming Receptive.
4. Transactions And Banking Benefits.
Conclusion.

Why Cryptocurrency Is The Future Of Finance?

Here are few reasons why cryptocurrency is the future of finance:

1. The Demand For Decentralized Financial System Has Increased.

It is recognized that there is an increasing demand for open, secure, and easily accessible financial systems, and it is becoming increasingly clear that this need exists.

It is generally believed that this is a result of the current centralized financial system’s continued inability to provide users with financial independence and confidence.

Many believe that decentralized finance, often referred to as DeFi, is a system that has the potential to improve the security of transactions, increase transparency, and ultimately replace some traditional forms of finance.

It is believed that DeFi is rapidly gaining traction in the investment, trading, lending, and lending markets, which will ignite a revolution in the contemporary financial services industry.

The increasing demand for bitcoin and the accessibility of cryptocurrency exchanges are contributing factors to the rise in popularity of various DeFi systems around the world.

Along with this development, bitcoin exchanges have also attracted a lot of investor attention.

Some of the platforms with which Australian investors are increasingly trading cryptocurrencies can be found on this list of the best cryptocurrency exchanges in Australia.

Because of this, many feel that cryptocurrency will continue to push for changes in the way financial systems operate today.

As a direct result of this, DeFi built on a public blockchain is moving toward becoming a more practical alternative monetary system that provides greater access to a variety of financial services.

Apart from providing transparency, it also allows anyone located anywhere to connect to it.

Even though cryptocurrencies do not have inherent value, they do have value due to the following factors:

It is generally believed that cryptocurrencies are getting closer to being accepted as a legitimate form of currency all the time.

It is now widely accepted across a wide range of industries and has gained significant interest from the public as well as the corporate sector.

Up to this point, there have been public and private entities that have openly accepted cryptocurrencies as an integral part of their financial systems.

Institutional investors, organizations focused on technology, and even national central banks around the world have begun to incorporate cryptocurrencies into their business operations in recent years.

Additionally, as a result of its increasing level of acceptance, new laws and regulations are being created to establish regular procedures for the foreseeable future.

As more players continue to break into the space, policies are also being employed to block all players as a result of this trend.

The acceptability and accessibility of cryptocurrencies are getting more attention as their usage increases on a daily basis.

Cryptography methodologies and technology are also constantly improving and advancing, contributing to the development of a cryptocurrency financial system that is both better and more robust.

At the present time, these are benefits that are clearly provided by the system in its capacity as a financial system.

Because it is backed by various cryptographic approaches, it enables users to transact while maintaining their anonymity.

These procedures guarantee the security of the data and prevent sensitive information from falling into the wrong hands.

Every piece of data sent is effectively hidden from anyone who is not allowed to see it.

Transactions made using cryptocurrency cannot be altered or falsified, and the cryptocurrency itself is transferred to a network that has an exceptionally high level of security.

Nevertheless, monetary records may be further examined for evidence.

A practical and practical solution can be found in the use of bitcoin in a society in which a significant portion of the population lacks access to traditional financial services.

If the customer does not have the required personal identification documents, enough dollars to create an account, or is located near a financial institution, traditional banking may be difficult to access.

People around the world who do not have bank accounts can now take advantage of this new financial model, which provides faster access from any location, lower transaction costs, and faster financial transactions.

Bitcoin’s past may provide much more information about its role in the development of future finance.

Blockchain technology has the potential to sustain traditional financial institutions, which currently rely on the involvement of a trusted third party to check, verify and authorize financial transactions.

As the underlying technology improves, an increasing number of industries are beginning to recognize and accept cryptocurrencies as a legitimate financial system.

In the not too distant future, the traditional banking system may be replaced by cryptocurrencies like bitcoin.

Web 3 is over. The Betatization of Crypto.

Bitcoin Is Ready To Bust On Price

New Data Just In: Do Not Buy More Crypto Until You See This!